Patrice Evra: I went too far when I sucked the toes of the chicken

Iker Casillas: "Next year will be 50 years of the (supposed) moon landing. I'm at a dinner with friends arguing about it. Do you think man stepped on the moon? I don't think so!

Ronaldo, in the United dressing room, would stand naked in front of the mirror, running fingers through his hair, replying to goads from his teammates: 'Ah yes [Messi is better]. But Messi does not look like this...'

You fucking horsecock" Norwegian premiership Start teaching their Nigerian player Afeez Aremu the local curse words of their next opponent in promotional video.

Roma fans greet players with 50kg of carrots at a training session for being shite.

Would there be a big controversy if hypothetically 11vs11 balls started to play with one human?

Shaqiri: "One time I was injured at Inter and Mancini sent me to a miraculous healer in the mountains. Didn't help me at all. At Stoke we've got seven physios."

Dele Adebola: I do not have Ebola

Monchi (Sevilla FC) : "We have made a mistake by selling Coke"

"Balotelli is very nice, but he used to pee on our boots" - Kerlon

Pep: "We have options in defense - Badstuber, Neuer or sweet, sweet boy Kimmich"

Russian MP: "I don't see anything bad in the fans fighting. Quite the opposite: well done our lads!"

Slaven Bilic on Big Sam: "The players will respect him. He’s a big man. He’s Big Sam. You see him on the television, he fills the screen. You are looking for the board with the sponsors names behind. Where have they gone? You can’t see them."

Victor Wanyama confirmed his move to Spurs while speaking to inmates at Kamiti Maximum Prison in Kenya.

Tokelo Rantie dropped from South Africa national team for farting at the coach: "The flatulence was so suffocating that the putrid stench continues to hover over the team like a dark cloud."

Gianluigi Donnarumma: "The fans throwing dollars at me? I didn't realise they were dollars, I only noticed later. It all didn't affect me much though, because I'm focused on the Euros."

Mike Ashley: "I am not Obi Wan Kenobi in charge of the Death Star"

Sven Goran Eriksen: 'Why can I not have more than one woman at once?'

Gabriel Jesus was surprised how different was fart in the Premier League, says that there is one player in Manchester City that likes to show his naked ass to the other players and Kevin de Bruyne is the most playful, Kevin de Bruyne loves to say "Porra, caralho"

Darius Vassell: ‘I felt as if the goat looked at me just before it was sacrificed’

Neil Warnock on Asensio's injury: "I hardly have hairs anywhere. My daughter can’t believe how smooth I am."

New Bayern coach Heynckes at press conference: "My daughter and my wife advised me on my decision. Then my dog Cando barked twice and the deal was sealed."

Duesseldorf keeper: I saved the ball with my penis

Messi on his sons: "Mateo and Thiago are very different. Thiago is a phenomenon, more good and the other is just the opposite, a son of a bitch."

Carlos Carvalhal: "I will do my best to try and bring in the best players. I will look to the lobsters and sea bass, but if not we must buy sardines. But sometimes the sardines can win games."

Batshuayi when asked why he moved to Dortmund: "black and yellow are my favourite colours because I like Batman and Spongebob"

Kenedy on joining Newcastle: “I know a bit about the history of some players, and also I watched a movie called Goal. It was good.”

With the signing of Arda Turan, Basaksehir now has 5 players that have beaten a journalist in their careers.

Danish national team getting told to think about their behaviour, because they yell "Big titties" at the end of their victory chant

Balotelli asked some of his colleagues (Neymar, Boateng, Falcao and others) to record a video where they call his brother a liar because he wouldn't admit his FIFA defeat

Farhad Moshiri on Why Romelu Lukaku didn’t sign a new deal: “during the meeting (with Lukaku over a new contract) he said that he had to call his mother, who was on pilgrimage in Africa and had seen a voodoo who said he had to go to Chelsea” 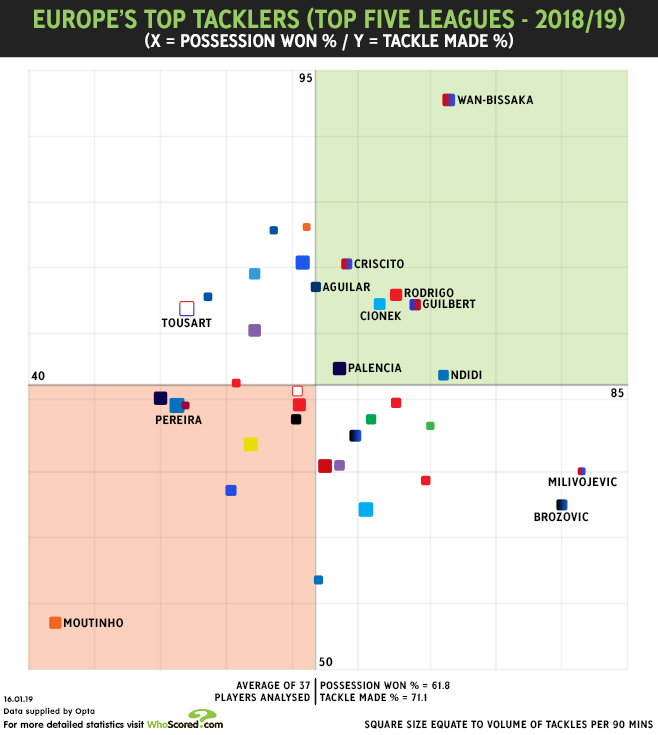 A converted winger that offers no small input in the attacking phase of play for Roy Hodgson’s side, the youngster has taken to his defensive duties with aplomb. Of the 83 times that he has faced up an opponent this season, Wan-Bissaka has been dribbled past on just six occasions, leaving a success rate of 92.8 per cent that blows the rest of the competition out the water.