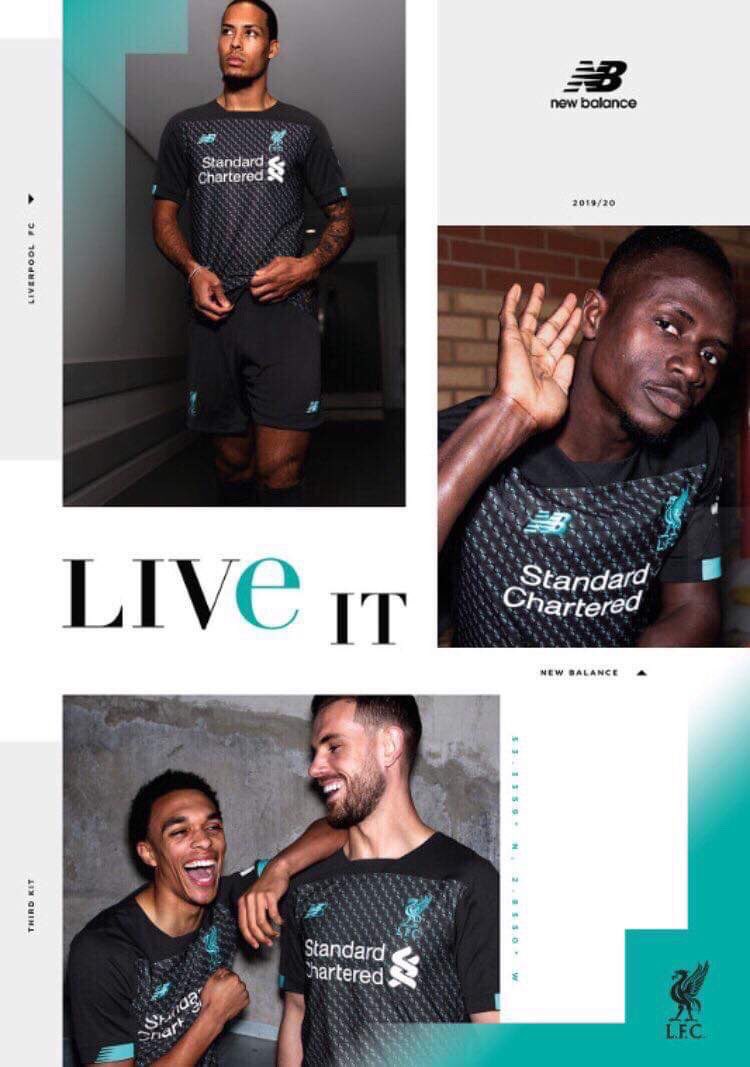 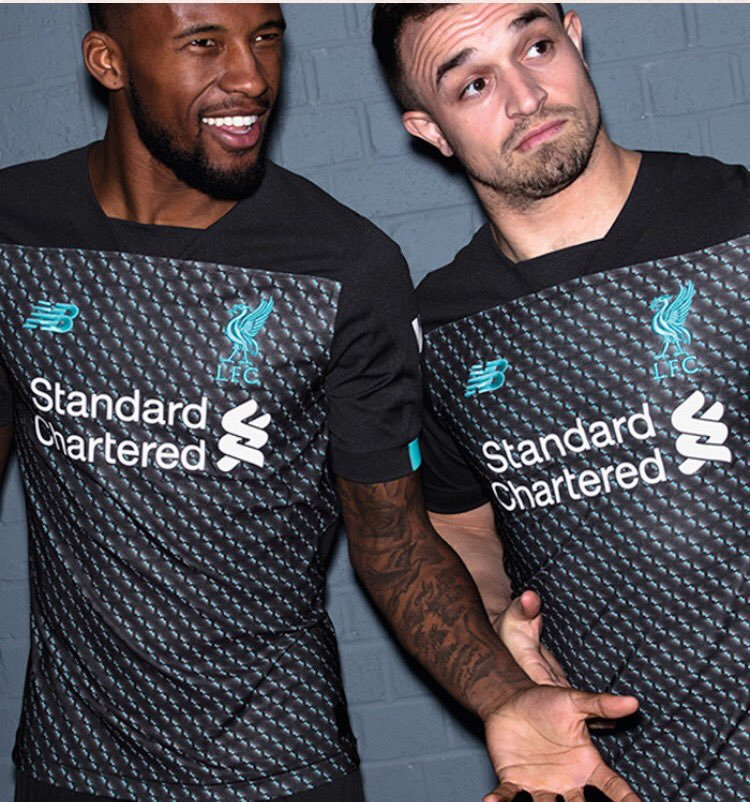 Clyne has left the club’s summer tour of the United States and flown back to the UK for an operation after receiving the diagnosis.
Į viršų

Clyne has left the club’s summer tour of the United States and flown back to the UK for an operation after receiving the diagnosis.

Clyne has left the club’s summer tour of the United States and flown back to the UK for an operation after receiving the diagnosis.


‘There has been a lot of things said the last few weeks regarding Bobby Duncan’s future at Liverpool.

‘And today [Wednesday] is the final straw of the behaviour and dealing of Liverpool sporting director Michael Edwards.

‘A few months ago before the end of last season, Bobby had meetings with the club’s hierarchy including academy director Alex Inglethorpe.

‘It was recognised that Bobby wasn’t happy at Liverpool for different reasons and Alex invited us to bring offers to the club for the exit of Bobby Duncan.

‘For a player with zero first team experience, no clubs were prepared to pay an outright reasonable fee for a player they got for £200,000 last summer.

‘With that in mind we have been able to find clubs that were ready to take Bobby on a season-long loan with a option to buy for amounts of £1.5million upwards which is a great return for the club on a player who will never play for the Liverpool first team and who doesn’t want to be there.

‘The club and Michael Edwards specifically made it clear that that kind of deal wouldn’t work.

‘So then myself and my team worked even harder and managed to get a deal on the table for a loan with an obligation to buy after five starts with a higher transfer fee than before and a sell-on to Liverpool.

‘Putting all of that aside, the real reason Bobby missed the Under 23 game (against Southampton) on Monday is because he has suffered some deep mental health issues with all the stress the club has put him under.

‘Stress of being told he can leave but then going out of their way to force him to stay against his will.

‘Not only is he on a very small salary but he also has one season left on his contract after this one and Liverpool have flatly said he will not get a new one.‘Bobby has not left his room for four days because of this and will never go back to Liverpool again and my only concern now is his mental health and well being.

‘The Liverpool hierarchy have shown zero consideration to that and have even gone as far as saying in writing that they will punish him and make him stay at the club until January and beyond to teach him a lesson.

‘This is not really dignified behaviour from a club with the rich history of Liverpool and one who one of their greatest ever players Steven Gerrard happens to be Bobby’s cousin.

‘It’s a sad state of affairs that a club such as a Liverpool can be allowed to get away with mentally bullying and destroying the life of a young man such as Bobby.

‘I know one thing for sure, and that is he is never going back there again and he’s on such a small salary that no amount of fines will even make a difference.

‘In this situation all that matters is the players health and in this case Michael Edwards has totally ignored that because of his own stubbornness and I really pray that his experience doesn’t happen to any young players again.’

Bobby Duncan who had his twitter picture blacked out retweeted it with just a "." and pinned the tweet. He has since deleted that and unpinned it.

12 years ago, the FA suspended Saif Rubie after he failed to respond to repeated requests by FA investigators to submit information regarding his activities.

Carragher: I know Bobby & his family well, he’s young & at that age we all want everything right now. Played for the 1st team in pre season which is a great start & he should try & develop this season & maybe make the bench in Caraboa Cup. That should be the advice you’re giving him you

Saif: Do you also want to give advice on how to spit at people from the outside of a car? You're the last person to say or know what's really going on behding the scenes. Focus on your job and I'll focus on mine.

Carragher: I made a huge mistake & apologised, I hurt myself more than anyone. You have made a big mistake & are hurting yourself but more importantly a young lads career. Throwing Stevie Gerrard’s name in also is embarrassing.

Saif: No problem Jamie. But in life you can't be wrong and strong. When the truth comes out as to how Michael Edwards has handled Bobby's wellbeing and future you will be thinking differently I promise you. Not a single word in the statement is not the hard truth.

Carragher: There is a problem & it’s you. You take on the most powerful person at the club besides Klopp?!! Madness. Club will never deal with you again

Saif: You talking about the glorified data analyst Michael Edwards? The one who doesn't even know that Kevin-Prince Boateng is a midfielder not a centre forward. Goes to show how much he knows. Oh and he doesn't give a shit about a young players well-being more importantly.

Carragher: I think Bobby Duncan should leave this guy before he gets sacked by the club

A collection of tweets from Saif varying from 2012 till today:

"People wonder why english players don't develop when liverpool spend a fortune on the usless henderson instead of pushing Shelvey upwards."

"@StanCollymore I wouldn't want somebody serving me in the air with mental health issues. Nothing wrong with that Stan get over it" & "nothing against mental illness but surely they have the right 2not hire if they feel it may reoccur in the air"

"are you gay as well as a nobody? @jimmyjones2012: "@saifpr i'm off now, gotta finish washing your rolls royce, laters babe"

"I'm homophobic in the same way that I am aracnophobic.I have nothing against gays or spiders but I would scream if I saw one in my bath."

"A young girl in China lost her virginity at 13, her name was: Sum Yung Ho"

Today: "And for everybody tweeting that this is to do with money and wages it has zero to do with it or even an increase in wages. Just to make that clear. All clubs that came in for him were going to pay Bobby the same low salary he is on at Liverpool so he can prove himself."

Neil Jones- "We could be about to have the first recorded instance where a player has to advise an agent over his social media output."

Liverpool FC official statement: "Liverpool Football Club is aware and disappointed by the unattributed comments and unfounded allegations that have been made in the media regarding one of our players. As the interests of the player in question are not best served by either inaccurate speculation, inflammatory statements or public discourse, we will be making no further comment. We will, however, continue our efforts to work privately with the player to find resolution in the best interests of all involved."

Video of Saif messaging girls from Babestation promising to fly them out to Dubai:

Saif: Do you also want to give advice on how to spit at people from the outside of a car?