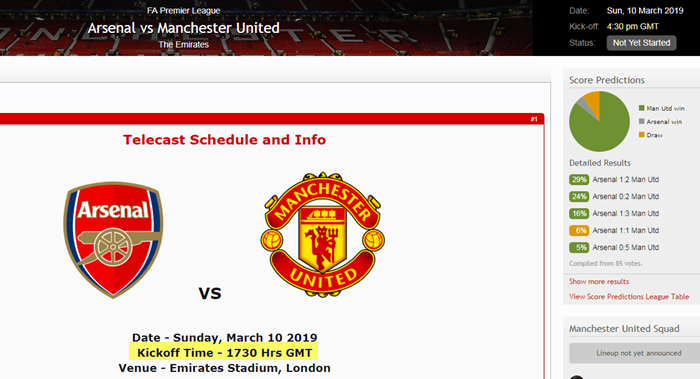 MUTV reporting Anthony Martial could be available for Sunday’s game if he comes through today’s training session. In terms of other injuries he added: “apart from that, we’re looking similar.”

Eric’s fine. Anthony will be available and hopefully we’ll have Nemanja and/or Ander ready as well, so looking better for it they just need to have another couple of days training with the team, they’ve done their recovery work

How do you get the players to refocus?

No problem whatsoever we’ve gone through to the Quarter finals, which is what we sometimes expect at Manchester United, it was the way that it happened, the celebrations at the end, just happens when you win a game at the end like we did. Arsenal fantastic game to get ready for again

Does it bother you that people constantly talk about when you’re going to be announced as manager?

No, it’s just the media, isn’t it, I’m not here to get excited I’m here to do my job, you cannot have two contracts when you’re a manager, that contract was terminated and I’m contracted to Manchester United until end of June

Are you helping to plan beyond June?

Well, as far as you need to look pre season we’ve looked into and you look at players, hopefully the ones will sign will stay for many many years so depends how you look at that.

Players saying he should get the job

All your players say they want you to get it, does their opinion matter?

Of course I love managing these boys, love working here and as I said so many times I’m just doing the best I can every single day and if and when it comes to decision to be made we’ve got to think about that.

Same decisions you always have when you go into a game you’ve got to consider their approach, systems, is impossible to predict they change a lot, look at who’s fit and how we approach the game, different kind of systems or counter attacking game or a different type of game but now of course fitness issue plays in more than ever, got players coming in, players who put a shift in, one of the hardest nights we had physically, probably this one and the Arsenal Cup game were the two toughest games we had. Scott and Fred covered the ground so much and is something we have to consider.

I don’t know how, I don’t know any other way to approach things every single time I’ve been injured you have to look at what opportunity this gives you and when players are injured I can play S, F and A, it was hard to leave Ander Paul Nemanja out they played fantastic now that gave me the perfect chance to see them, that’s just me, I’ve always been I can’t control how many players are out. It’s always been me ( to be positive) in my upbringing where I come from, smashed my cheekbone in a reserve team game and diary back home, next morning or two days after, what opportunity do this give me because I couldn’t do any physical contact, could do fitness work and finishing work, it’s always been with me.

On managing the club

Is it possible to manage this club if you’ve not got an affinity with them?

Sir Alex came in without having any ties and he put his life into it and you’ve got to put your life into it but it helps I know the club.

That’d be fantastic and we call it the legends we’ve had at this club that have stayed so long and one club players and we hope Rashy’s gonna be one to them up to him and us if he keeps producing he’ll stay in the team and that’s up to him.

Have you seen rapid maturity from him in the past three months?

You don’t see too much of change in a player in three months but he’s 21 and you’re excused if sometimes you hit the highs and are a bit off the [ace and Rashy don’t expect consistency yet but he’s got quality finishing striking of the ball attitude. Yeah (can be prolific), keep battering him with it he should score more goals as Rom after training sessions, simple tap ins, like Rom scored in last few games, Rashford goals are sometimes worldies and he does have a sensational strike but you see improvement and maturity and change in Cristiano’s goals from young to now and that’s what Rashy has to improve as well his tap ins movement in the box, stay in the box, maybe not get away from the centre backs a few more times, just get those five or 10 extra goals, he’s been told that.

More on the job

How do you deal with all the comments from people?

No problem, absolutely everyone likes to get complimented and meet people that are happy but doesn’t change my approach whatsoever, I’m good at focusing on what I shall be focusing on and that’s not thinking about that part of it.

I don’t think a lot has changed, been asked to play wide a few times provide more chances but now hes more in and around the box, played with two up at PSG and they might form a very nice partnership together, wouldn’t like them two to be running at me. 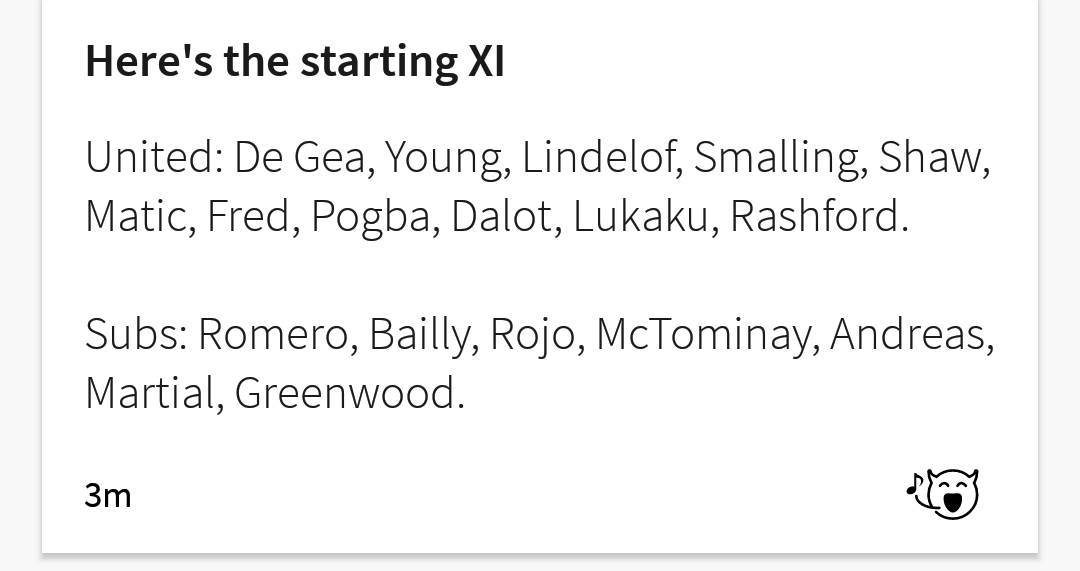